Datasite recently spoke with Alex Coral, VP, Oakwell Sports Advisory, to hear his thoughts and insights on why sport and its related assets remain a popular investment, even during a downturn.

Oakwell is a dedicated corporate finance and strategic consultancy boutique that advises sports rights holders and investors on commercial strategy, financing options, and valuation. Oakwell partners with leading sports rights holders, investors, and technology companies to deliver industry-leading advice and has pioneered the influx of institutional capital into the sports sector.

Where does Oakwell sit within sport and finance?

Oakwell is the only UK-based sports-dedicated corporate finance and strategic consulting advisory firm out there. It was founded in 2015 by Andrew Umbers and Doug Harmer, who have an extensive background in M&A having advised on the sale of multiple football clubs as well as being involved in the restructuring of Leeds United back in 2014.

We advise federations, investors, leagues, clubs, right holders, agencies, and sports tech companies on anything from financing options and valuations to fundraising and commercial strategy.

We’re probably best known for our work with CVC, where we acted as their exclusive global advisor on their £1 billion investment into the rugby ecosystem. But we’ve done many more deals since then.

What sports are Oakwell involved in? What are you working on at the moment?

I’ve already mentioned CVC’s investment into rugby where we advised them on their investment into Premiership Rugby, United Rugby Championship, and Six Nations. We’re probably the best rugby advisory firm out there. We have also worked with World Rugby, the Welsh Rugby Union, Major League Rugby, and the Scottish Rugby Union and are also looking at the whole North American rugby strategy, which is really exciting.

Outside of rugby, we are working on a couple of game-changing investments in cricket and tennis, which hopefully we can announce in the next few months, so keep your eyes peeled for that! Furthermore, we also advised a leading private equity firm on their padel investment and over the summer we advised World Athletics on its commercial strategy.

We’re extremely active in football and our recent projects include advising on investments within German football, bidding for Lyon over the summer, an investment into Queen’s Park Rangers, and advising 777 Partners on their investment into Standard Liege.

Sports technology is also a key pillar for us. We work with a lot of pioneering sports technology companies and have done some amazing deals in this space, including ISG’s recent sale to Bruin and TGI Sport and raising capital for TPD (horse racing) and Horizm (a digital media marketplace).

Why are investors looking at sports assets right now?

I think investment into clubs and sectors such as media, gambling, and apparel has always been there. What I think is new and what you’re getting more of now is sports-focused private equity and investment into leagues and federations.

You’ve got the likes of Elysian Park, Bruin Capital, and Dutch Sports Tech Fund, which are all solely sports-focused. You may have seen recently that Will Ventures raised $150 million purely for sports investments. This, as well as investment into leagues and federations themselves, are all a new and growing phenomena.

CVC has obviously invested in a multiple of Rugby leagues as well as La Liga and Ligue 1, but they’re also rumored to be looking at the Women’s Tennis Association. Recently, it was reported that  Bridgepoint is looking to purchase a majority stake in The Hundred and then you have Silverlake investing in New Zealand Rugby themselves. This is all pretty new.

I think what’s driving this is the strong underlying fundamentals of sport. You have a committed and loyal fan base, long-term contracted revenues (typical cycles are four years), and growing international accessibility.

I also think sports assets are extremely resilient during a downturn, which is probably more relevant now than ever, sadly. Sports fans, for example, are incredibly loyal. You know, I’ll be a Spurs fan forever, but who knows if I’ll use an Apple phone in 10 years!

Another key factor of the attractiveness of sports assets is that revenue streams are extremely forecastable, which investors love. These assets tend to have multiple-year broadcasts and sponsorship deals alongside some enjoying a monopolistic position within their local market.

I think a driver of the flood of US capital to Europe is the under-commercialization of European sports properties. What I mean by this is the teams in America are better at commercializing themselves. The sports have four quarters of play, more ad breaks, and additional categories of branding and sponsorship. For many US investors, particularly looking at monetizing the fan base, there is a huge opportunity over in Europe. And the weak euro obviously helps, too. And the final point, which is particularly relevant to some of the big football clubs that we’ve seen going on sale recently, is the scarcity and prestige associated with owning a premium sports asset. I think this is still a huge driver for high-net-worth individuals. As you know, there are a lot of technology deals out there, but you only see the Chelsea’s and the Manchester United’s go on sale every 10 years.

What’s the most exciting area in the sports industry right now? And what key trends should you look for as a business and as consumers?

We do a lot of work in sports technology and that’s going to be a huge driver of sport going forward. For the big traditional players in the industry to drive growth, they’ve got to better understand their fans. For example, Manchester United estimate they have over a billion fans globally, but they only have first-party data on a fraction of them. The ability to access those fans, engage with them, and ultimately monetize them will be huge for sports teams and leagues alike.

We have launched a dedicated sports technology business, where we offer fundraising, M&A, and strategic advice to sports tech companies and we firmly believe that technology is going to be a huge value driver for sports over the next couple of years.

I think another really interesting trend is the emergence of new sports and tournaments. I’ve mentioned we’ve done some work in padel, and that sport is currently seeing a large uptake in new players – a similar trend with pickleball over in the US. So, it will be interesting to see whether these new sports can secure a decent media contract. I think it’s probably too early. But who knows?

We’ve also seen recent investment into Premier Lacrosse League and you’ve also got LIV golf, which has just started off but has been a major disrupter. I’m still not sure whether they’ll be a success or not, but disruption can be good for a sport.

Women’s sport is probably the largest growth area. At the moment, we’re seeing large valuations come across from the National Women’s Soccer League; for example, Angel City was valued at around $100 million. I think the average attendance for a game for Angel City was around 19,000 fans, more than half that of the Major League Soccer teams. Whilst media contracts are lagging, I think it will only be a matter of time before they catch up. Just look at the Women’s Euros over the summer, which had record-breaking crowds, and the Women’s Rugby World Cup, which I think shattered the attendance record for a women’s rugby game. Women’s sport will certainly attract more and more investment – the Women’s Super League, for example, has just gone to market for external investment.

We’re also seeing a greater emergence of a multi-club strategy across a multitude of sports, particularly in football. We’re working within the Brazilian and Portuguese leagues and are seeing a lot of interest from existing club owners in potentially acquiring a club. 777 Partners will soon add Hertha Berlin to its portfolio, a trend we are seeing with a number of owners.

How is a looming recession likely to impact sports, the industry, and investment? Does private equity view that as an opportunity for a depressed price across sports assets?

I think because these assets are so scarce, the amount of buyers outstrips the supply by a long way. When you look back to when Chelsea was sold in May 2022, the economic situation wasn’t much better than it is now and it smashed the record for the selling price of football club. I think there were over 12 seriously interested bidders at the end, which is a lot.

Sports assets are very resilient to a recession – perhaps more than any other sector – which will attract private equity investors. They have long-term sponsorship and broadcast contracts, often for four years, which is their main source of revenue. Ticketing revenues are also likely to hold up due to the loyalty of fans who will prioritize going to the game over other discretionary spend.

Media rights deals will continue to increase. The English Premier League’s domestic rights in the most recent negotiations were pretty stagnant, but the international rights have seen a large uptick and there is still a lot more money on the table, especially from the US. Sports also have a great opportunity with the rise of direct-to-consumer offerings (DTC), such as the NBA’s League pass. DTC can be used to complement or substitute traditional rights deals.

I don’t see a recession hugely impacting fan attendance. There may be a small decline in demand, but what you have to remember is that these teams and sports leagues have probably survived the greatest obstacle to a sector ever seen with COVID-19. This resilience is key to driving the investor demand we’re currently seeing. 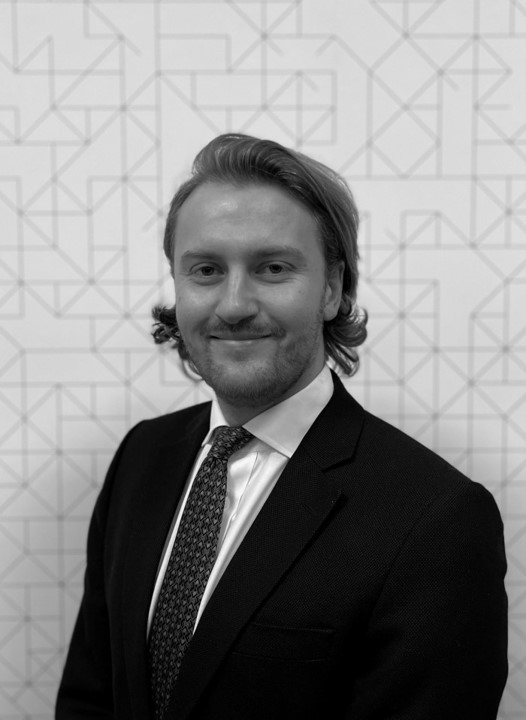 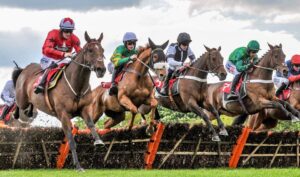